When the European Union invests in the Mediterranean 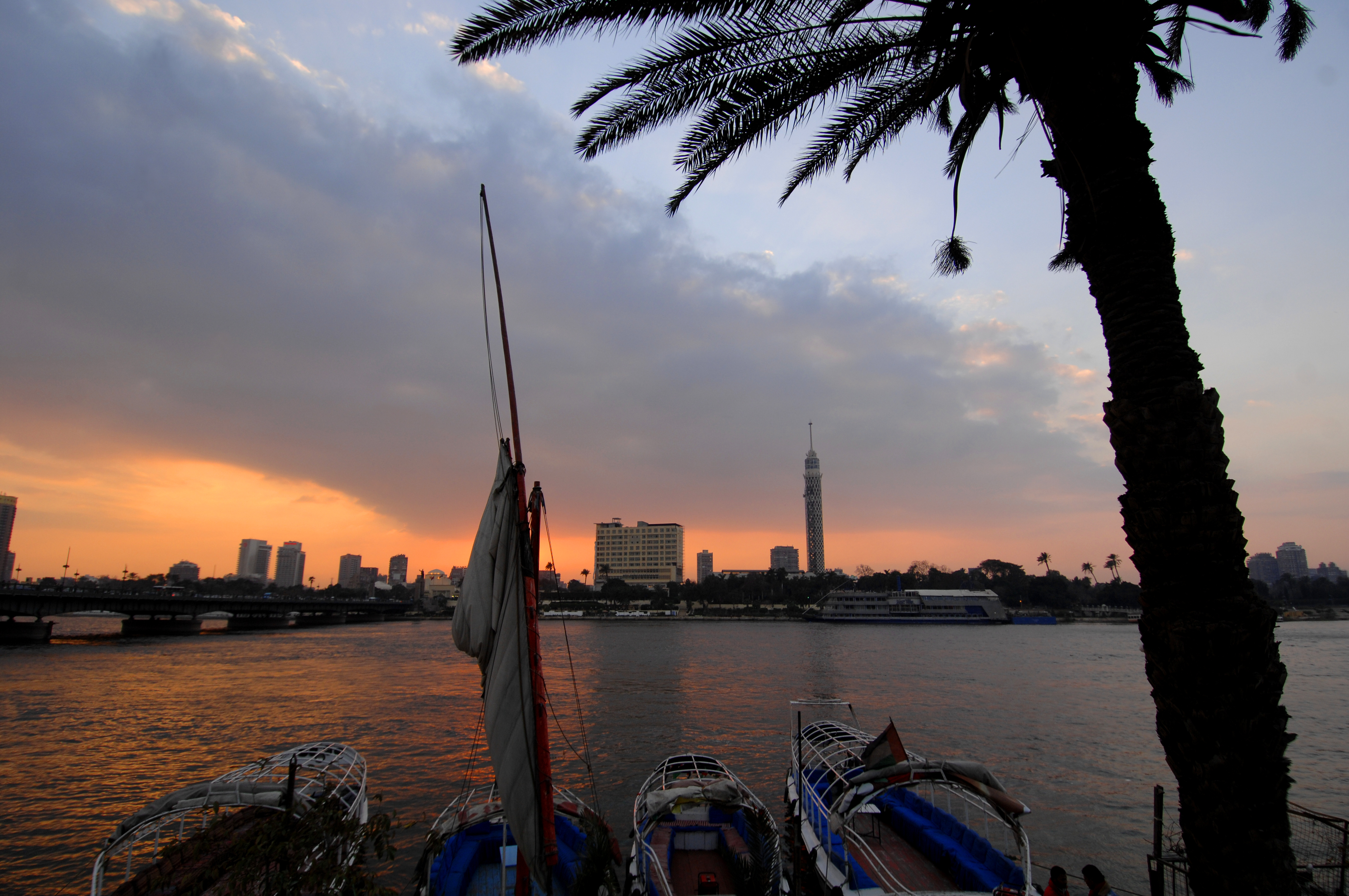 Since 2002, the Facility for Euro-Mediterranean Investment and Partnership (FEMIP) has brought together all of the financial instruments of the European Investment Bank (EIB) to promote economic development and the integration of the Mediterranean partner countries. Why have a department like this within the EIB? What challenges are there for the partner countries on the one hand, and for the European Union on the other?

Philippe de Fontaine Vive: In addition to its mission within the European Union, the EIB has been associated, since various countries’ independence, with European development cooperation policies concerning third countries. To put it simply, the Bank manages the ‘repayable aid’ side of things and the European Union handles donations. Our first loans in the Mediterranean go back to the mid-1960s and have since followed the various institutional forms of the Europe-Mediterranean relationship. In March 2002, within the framework of the Barcelona Process, the European Council wanted to give fresh impetus to our action, both in terms of volume and types of financial instruments. Therefore, the Bank created the Facility for Euro-Mediterranean Investment and Partnership (FEMIP) with the objectives of speeding up the modernisation of these economies and strengthening the integration of the region in order to generate stronger and fairer growth, better capable of responding to the expectations of the populations. On the one hand, this is a matter of supporting development of the private sector to create millions of jobs needed due to demographic change in these countries, and, on the other hand, of catching up in terms of socio-economic infrastructure, in particular in the context of the incredible rural exodus that will bring 100 million new city-dwellers to the south of the Mediterranean by 2030.

How does the FEMIP determine its investment priorities, in sectoral and geographic terms? What is the coordination of actions with other development actors in the Mediterranean region like? Can the countries receiving investments influence the design of these guidelines?

Philippe de Fontaine Vive: To identify the most pressing needs and the ways in which to respond to them, the FEMIP holds a continuous dialogue with the nine partner countries[2], the development actors in the region, and the local and European banking sector. Since its creation, the FEMIP has invested more than €12.5 billion. Its loans go primarily to SMEs and direct foreign investors, but also to collective utilities, such as energy services, water management, public transport, etc. Alongside this, we give our support to social infrastructure, such as educational reform and professional training (Morocco, Tunisia and Jordan), health (Tunisia, Syria and Morocco), urban development (Egypt, Syria, Jordan, Morocco and Tunisia), the reconstruction of Lebanon, etc. Our action goes beyond the financial aspect as we provide technical assistance to projects and, above all, to the modernisation of public policies, and we have developed FEMIP conference cycles that enable us to bring together the partner countries to debate the issues and the direction of our action.

The Mediterranean countries are particularly sensitive to climate change and will be faced with water shortages. What is the FEMIP’s objective concerning this problem, and more generally, what is its policy in the context of the summits in Copenhagen and Cancún?

Philippe de Fontaine Vive: The Mediterranean is a closed sea, exposed to the pressure of a dense population concentrated on 10 per cent of the territory, along the coast. It is also an overexploited trade route: 30 per cent of global trade in hydrocarbons passes through each day. It is thus one of the most sensitive areas in the world, as shown by a study that we carried out with the Plan Bleu, on the eve of the Paris Summit in July 2008.

Adaptation to climate change primarily means improved water management and also more rational energy policy. We have held discussions on these two areas and we are leading the European Union’s ‘Horizon 2020 Initiative’, which consists in identifying and progressively reducing the seventy-nine sources of pollution affecting the Mediterranean. In parallel, we are supporting the diversification of energy sources within the framework of the Solar Plan of the Union for the Mediterranean, in particular in Morocco, Egypt and Tunisia. Lastly, we are making efforts to convince partner countries of the need to modernise their public policies in the areas of water and energy, especially with regard to the management of demand. An important part of these discussions is being held jointly with the other development donors within the framework of the Centre for Mediterranean Integration (CMI[3]) that we founded in Marseille in October 2009 with the World Bank and six Mediterranean governments. In this context, we are also preparing an important contribution to the 6th World Water Forum in March 2013.

All of this reflects our experience and our European commitment to the policies that emerged from the Kyoto Protocol and its derivatives. Our contribution to the objectives to prevent climate change in Europe (‘3×20’) amounted to some €25 billion in 2010. We will endeavour to transfer the lessons learnt and the good practices to the southern rim Mediterranean countries.

The FEMIP, when lending money to partner countries in the Mediterranean, is faced with an environment that has little or no regulation. Does this affect the volumes of loans granted? To what extent is the FEMIP contributing to the emergence of a framework that is more favourable for investors?

Philippe de Fontaine Vive: It is probably an exaggeration to say that the environment in the Mediterranean partner countries is one of little or no regulation. However, a lot remains to be done – which is different for each country – to improve the legal and business regulatory environment. As it is not a legislator, the FEMIP acts in a qualitative manner by raising awareness and spreading best practice. With our technical assistance and through dialogue, we propose solutions that benefit from the experience we have gained in very different countries. While respecting the sovereignty of our partner countries and local customs, we help to change behaviour.

Let me give a very specific example concerning the recourse to PPPs: with more than €300 billion in investments to be made in community utility infrastructure in the south and the east of the Mediterranean by 2030 (especially in water management, city services and energy), the Mediterranean partner countries will have to quickly develop their capacity to mobilise the private sector and their appeal to direct foreign investors. This is why the FEMIP has just launched an ambitious programme of technical assistance over three years, aimed at promoting the use of public-private partnership contracts in the Mediterranean.

The first stage of this programme was finalised in Paris on 10 February 2011 with a seminar held at the headquarters of the Organisation for Economic Cooperation and Development (OECD), bringing together experts to discuss ‘The perspectives of public-private partnerships in the Mediterranean region’. This seminar saw the launch of a study on ‘The legal and financial framework of public-private partnerships in the FEMIP countries’[4] – the conclusions of which were discussed at the 9th FEMIP conference which was held in Casablanca on 30 May 2011. Following the geographic and sectoral priorities that we identified with our partners in Casablanca, we will implement the operational recommendations and help with the establishment of policies to return to public-private partnerships in countries requesting such assistance. This important series of actions will be followed by additional technical assistance for the management of the tender.

Do you think that recent events in Tunisia will be able to give renewed impetus to more ambitious projects for the economic and financial integration of the Mediterranean region?

Philippe de Fontaine Vive: Of course! The democratisation process set in motion by Tunisia is an example and an encouragement for all peoples aspiring to more freedom and better living conditions. Let’s not forget that it is always difficult economic conditions that trigger political change. Faced with these radical changes and aspirations, it is Europe’s responsibility to rethink its Mediterranean policy, and the European Investment Bank is committed to making a contribution to this change.

In close cooperation with the High Representative of the Union for Foreign Affairs and Security Policy, Catherine Ashton, our fellow member states and the European Commission, we are dedicated to actively mobilising supplementary funds to broaden our action, both in terms of volume and identifying priorities that will provide the populations with a very tangible example of European solidarity. In this spirit, I think that as of this year we will be able to double our financing to Tunisia and that, when conditions allow, we could also significantly increase our assistance to Egypt. Along with our European financial partners we have already identified a series of priority investments for these countries amounting to almost €5 billion.

In the longer term – looking ahead to the next twenty years – the challenges of economic and financial integration in the Mediterranean region are immense and must be quickly resolved. I have already mentioned the issues of employment, the growth of cities and access to essential goods, such as water, energy and health; I should add to these the fundamental issues of food security and regional security. In the long run, therefore, there will be no alternative to strengthened coordination and integration in order to achieve more sustainable and fairer growth in the Mediterranean. The FEMIP is ready to offer its resources and expertise, and even to lay the foundations for a powerful Mediterranean financial institution. Ambitious responses are needed, and we have no time to lose!

[1] This interview is taken from Lettre Conventions (no. 12, 2011), published jointly by the Directorate-General of Global Affairs, Development and Partnerships of the French Ministry of Foreign and European Affairs and the Higher Institute for Justice Studies (IHEJ). Available to subscribers in pdf format. To subscribe, see: www.convention-s.fr

[4] Study carried out on the financing of the FEMIP trust fund, funded by contributions from fifteen member states and the European Commission (further information available on the EIB website at www.eib.org/ftf).