Investing in Africa, even in post-crisis countries 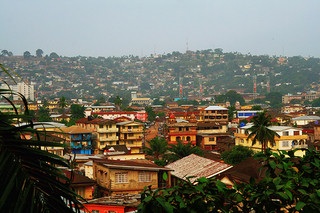 In Africa, site of the majority of the world’s conflicts, the population will exceed one billion in 2010.  During 2010, this continent will also experience economic growth that exceeds the global average, the opening of new financial markets, a booming banking sector, regional high-speed broadband networks and massive road and rail infrastructure construction.

Investors, venture capitalists and international businesses interested in investing in what they call “frontier markets” (outside developed and stable markets) acknowledge that they have received a great number of project proposals for Africa, with potentially high returns. Yet very few of them choose to invest in such projects, preferring to focus on emerging economies that are not located in fragile and especially post-conflict countries. Risk is one of the key factors in this decision-making paradox.

What are the principal risks?

Potential investors in Africa must confront two overlapping risks. The first relates to information, because investment projects and proposals, though very attractive on paper, are often difficult or even impossible to evaluate in countries where economic and social networks have been disrupted by conflict. There are no structures in post-conflict countries capable of meeting investor information needs, no reliable data and very few partners with adequate investment track records. Although countries like Liberia, Sierra Leone and Côte d’Ivoire are striving to fill these gaps, they still struggle to attract international financing.

Second, beyond the known political risks, there is a fundamental problem in fragile countries with the protection of ownership. Legal and security mechanisms are at times extremely inadequate in fragile countries.  For example, there was no functioning prison in Guinea-Bissau until 2009, when the United Nations paid for the construction of one. Only the contracts negotiated at the political level and in sensitive areas are relatively protected, sometimes at the price of bypassing governance. Protected contracts concern businesses that adopt a “procurement-based” approach to the extraction of raw materials or a “provision-based” approach to infrastructure tenders. The overwhelming majority of businesses with a simple “client-based” approach to the development of local markets seriously lack protection.

What kind of protection exists for investors?

There are not many ways to protect businesses in very fragile economies. Knowledge of the situation on the ground and partnerships are thus crucial to successful, long-term investment. For decades they have been the key to success for a number of French companies, including CFAO[1. CFAO is a distribution group established in thirty-four African countries and the French overseas territorial collectivities, it distributes motor vehicles, pharmaceuticals, technology and consumer products.].

However, certain instruments do exist to protect investors against expropriation, breach of contract and civil unrest. The International Finance Corporation (IFC) grants loans to companies investing in the developing world, while the Multilateral Investment Guarantee Agency (MIGA) provides them with guarantees. At the regional level, the European Investment Bank provides financing for investment projects in fragile states. At the national level, government agencies such as PROPARCO and the Agence Française de Développement (AFD) in France, the DEG/KfW in Germany, and the FMO in the Netherlands offer loans, equity and guarantees, as well as expertise sharing. Such support, however, is limited geographically (with insufficient coverage of post-conflict states) and is available mainly for infrastructure projects.

How can companies and public authorities reduce risk?

All partners will benefit from supporting the 1993 OHADA Treaty on the Harmonization of Business Law in Africa. With sixteen member states, the Treaty opens the way for uniform acts in all domains of business law: general commercial law, company and securities law, simplified recovery and enforcement procedures, and arbitration law. OHAHA will require not only financial support but also technical assistance for countries sorely lacking in expertise.  This is particularly true for the post-conflict states that are party to the treaty – the Central African Republic, Chad, the Comoros, the Democratic Republic of Congo, Côte d’Ivoire, and Guinea.

At the information level, government agencies specialising in economic intelligence can provide extensive strategic support to businesses investing overseas. Another strong trend is the use of private political risk consulting companies, already very present in the Anglo-Saxon world. The rise of this type of activity in France demonstrates a rapprochement between the public sphere and the private sector, which, however, should be used responsibly.

In addition, the AFD and PROPARCO could partner up with French companies to develop “package deals”, along the lines of agreements concluded by China in Africa that combine Chinese government aid and private investment.  Of course, project aid is currently “unbound”, which means it is not linked to projects financed by French companies. We could imagine, however, better information sharing on financed projects and procurement for recipient countries with very deficient economic systems. From this perspective, French companies should become more proactive, for example by creating Economic Interest Groupings (EIGs) between suppliers and exporters.

Lastly, we could examine more innovative initiatives, such as partnerships between the private sector and multilateral funds for fragile countries.  Such partnerships could take the form of joint projects or even “Peace Funds”, which would allow for pooled investment and would benefit from specific expertise from local investment committees.

Does working with non-democratic regimes represent a moral risk for companies?

In the case of extractive industries, we know that countries with economies that rely heavily on primary resources experience more civil unrest. Multinational corporations in the resource extraction industry are important sources of revenue for governments and, as observed by the OECD, this money can help finance or even motivate violence. We should therefore support international efforts to strengthen transparency and improve governance in the extractive industries, especially efforts by the European Union, whose Extractive Industries Transparency Initiative (EITI)[2.  The Extractive Industries Transparency Initiative (EITI) was launched in London in June 2003. It seeks to ensure better governance in resource-rich countries through the auditing and publication of all oil, gas and mining payments by companies to governments, and of all oil, gas and mining revenues received by governments.] was formalized at the Doha International Conference in 2009. The countries that comply with the EITI, such as Liberia, should be treated with priority by investors in this domain.  Conversely, a moral risk arises in countries that are rich in raw materials but fail to comply with the EITI, such as Chad, Guinea-Bissau, and Sudan.

The choice of doing business with a regime established by force and remaining in power unconstitutionally (like Guinea since the end of 2008) can also present moral dilemmas for investors and entrepreneurs. Without a doubt, just as we should take account of economic realities when dealing with moral issues, in the economic domain – especially in countries at war or emerging from war – we must be attuned to moral considerations and ensure that business activities respect and promote individual dignity. This work is the responsibility of those in charge of management and strategy in the companies concerned.